Who are you looking up to? 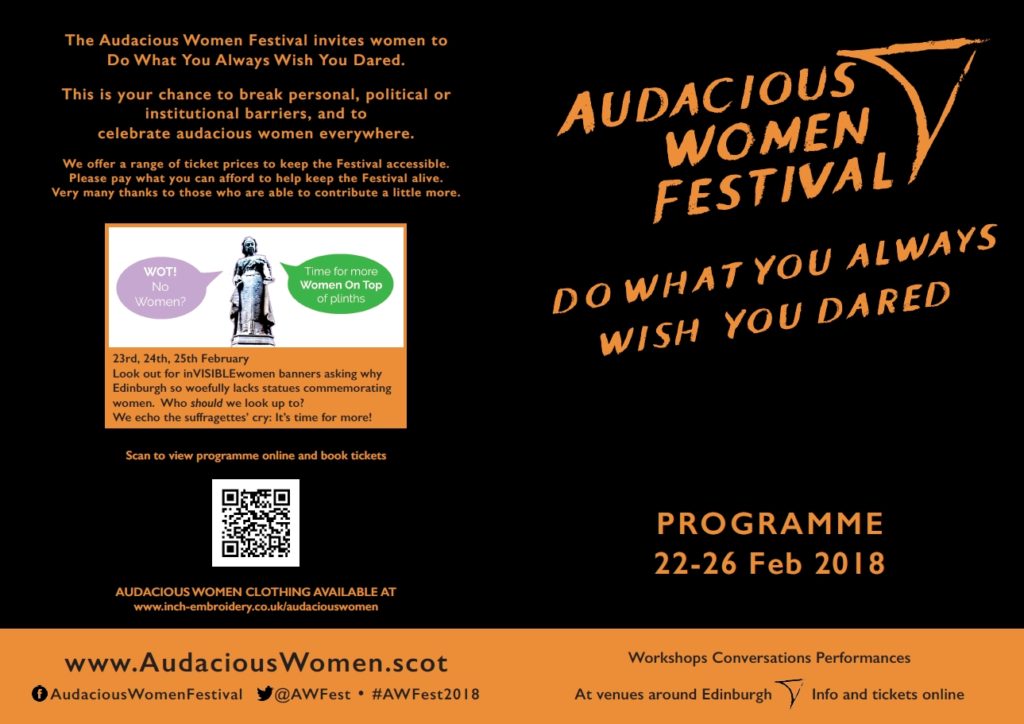 inVISIBLEwomen is a catalyst for gender equality in civic statues in the UK.

Between 22-26th February inVISIBLEwomen will take part in the Audacious Women Festival in Edinburgh, Scotland, a festival with the aim to empower and encourage women to overcome personal, political and institutional barriers, and to celebrate the achievements of inspirational Scottish women.

There are 50 statues of men in the city. There are only 2 statues of women, one of whom is Queen Victoria the other a “mother and child”. Not much scope for role models for women there. In fact, in Edinburgh they have more civic statues of animals than of women. inVISIBLEwomen will be supporting the campaign for a statue of Elsie Inglis, suffragette and founder of the Scottish Women’s Hospitals.

END_OF_DOCUMENT_TOKEN_TO_BE_REPLACED

END_OF_DOCUMENT_TOKEN_TO_BE_REPLACED
« Older Entries
Manage cookie consent
In order to provide you with an optimal experience, we use technologies such as cookies to store and/or access device information. If you consent to these technologies, we may process data such as browsing behaviour or unique IDs on this website. If you do not give or withdraw your consent, certain features and functions may be affected.
Manage options Manage services Manage vendors Read more about these purposes
view settings
{title} {title} {title}
Share This