Standing up for Women – a Statue of Mary Clarke in Brighton

inVISIBLEwomen works to support gender equality in civic statues and it is a real pleasure to hear of the campaign for a statue of a Suffragette in my own city, Brighton. Mary Clarke, sister of Suffragette leader Emmeline Pankhurst, was a truly inspiring activist for the right of women to vote. Her name is barely known yet it was she who, in 1910, was the first of that brave, creative band of sisters to lose her life standing up for women’s suffrage.

Even though she died over a hundred years ago her story is one that, sadly, remains relevant to women today. She was a survivor of domestic violence – still a shockingly common occurance in this century – and was subjected to the repeated brutal bodily violation of force-feeding whilst on hunger strike when imprisoned for her activities as a Suffragette. 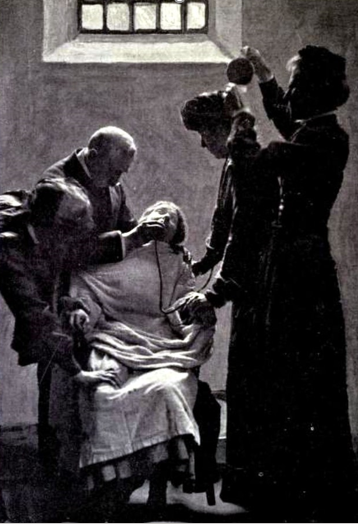 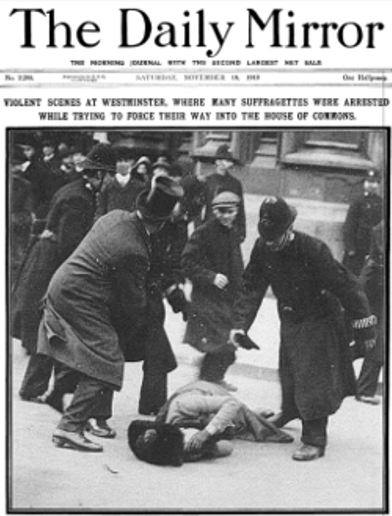 She was also one of the many women manhandled and molested by policemen during Suffragette protest marches. She finally died at Christmas in 1910, only days after release from prison, as a result of the cumulative effects of these domestic and state-sanctioned aggressions. Despite all of these difficulties she had still persisted in her fight for the right to democratic representation for women. Her cause was eventually won and today we have the vote. We are the benefactors of her courage, creativity and persistence.

“Her they must not mourn in silence”

These were words spoken at Mary Clarke’s memorial service and they stand for every woman subjected to the violence endemic amongst males in patriarchal societies. Women worldwide still experience horrific levels of violence at the hands of men, which is being exposed and opposed today by the creative, determined women of our times, such as the One Woman Protests of Lydia-Lydia. 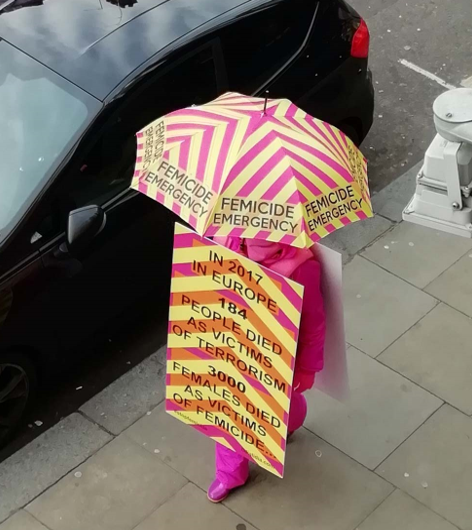 Her bright banners contrast the numbers of people killed by terrorism – that we hear about so very frequently in the news – with the numbers of women killed by men, about which the media are far less vocal. In 2017 terrorism took 184 victims in Europe but femicide cost the lives of 3000 women. This contrast is shocking but widely overlooked and under-reported, as if women’s lives did not matter.

But now we are taking the lead in bringing this outrage to the attention of the world; women’s voices are being raised in many countries in the powerful inspiring chant, “A Rapist in My Path” It began in Chile and decries rape and femicide and the attitudes that allow these crimes to continue unabated. Great gatherings  and flash mobs of women have taken place in Chile, Columbia, Domenican Republic, Mexico, USA, Germany, UK, France and in Turkey. In Turkey the chanting women were subjected to tear gas by the police and arrested for simply performing this protest. 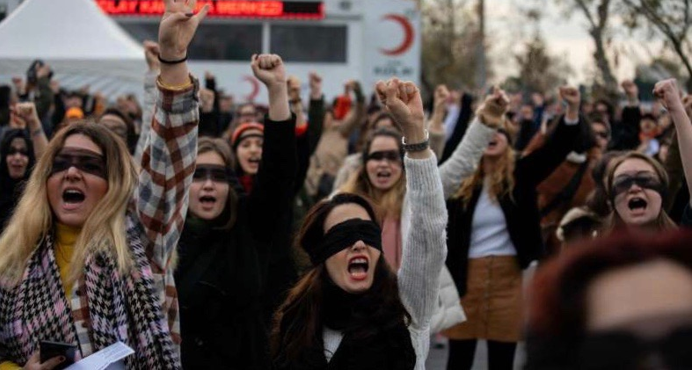 Set amongst these increasing waves of protest this new commemoration of Mary Clarke – and all the others being erected around the country – mark the gains that we have made and gives us heart for the struggles still being encountered. She would have cheered the “metoo” and “timesup” movements of our century and she would certainly have been one of the women chanting on the streets.

Whilst we must mourn every woman who has suffered violence, been raped or killed they must also be the impetus for action against the prevailing patriarchal mentality that allows it to happen and go on happening. We must make a stand, that includes the equal commemoration of great and worthy women in our public spaces, so that everyone can be inspired by their existence.

Determination, dedication, resilience and inventiveness are characteristics that are revealed again and again in the women whose statues are finally beginning to be erected in the UK and elsewhere. They highlight the sheer tenacity and intelligence required to overcome the odds against any woman succeeding in any endeavour with the historical forces of the patriarchy ranged against her. These are remarkable women whose achievements have previously been pushed aside; air-brushed out of history and denied the public memorials that would serve to raise the aspirations of girls and women today and in long into the future, because the influence of a statue continues for many, many years.

Mary Clarke’s statue will be set in Brighton, where she organised and spoke at Suffrage rallies. Brighton is a city currently graced only with the usual effigies of Queen Victoria (twice!) and a few nameless, draped ladies decorating a clock tower. She will be the first named woman to be commemorated and is a very worthy first female statue for the city.

A catalyst for gender equality in civic statues in the UK.

END_OF_DOCUMENT_TOKEN_TO_BE_REPLACED

END_OF_DOCUMENT_TOKEN_TO_BE_REPLACED
« Older Entries
Manage cookie consent
In order to provide you with an optimal experience, we use technologies such as cookies to store and/or access device information. If you consent to these technologies, we may process data such as browsing behaviour or unique IDs on this website. If you do not give or withdraw your consent, certain features and functions may be affected.
Manage options Manage services Manage vendors Read more about these purposes
view settings
{title} {title} {title}
Share This