HerStory of the War 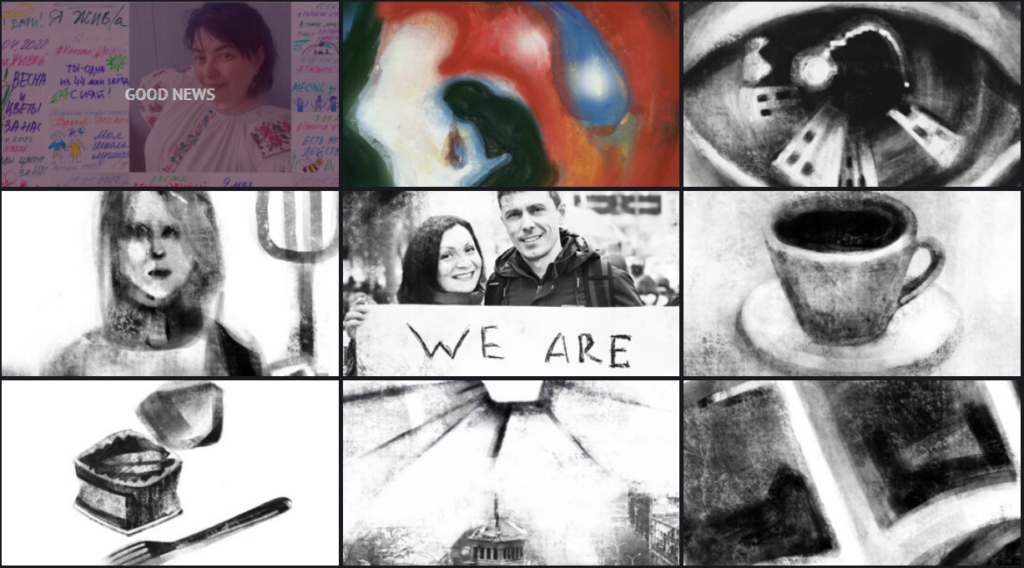 The Gender Museum Ukraine is producing a new project, ‘HerStory of the War’. In it, women tell their personal stories about the Russian-Ukrainian war in Ukraine. They share their thoughts, feelings, experiences, and losses and tell about their life destroyed by the war. The aim of the project is to create an online anthology of women’s stories about the war.

The stories are told by 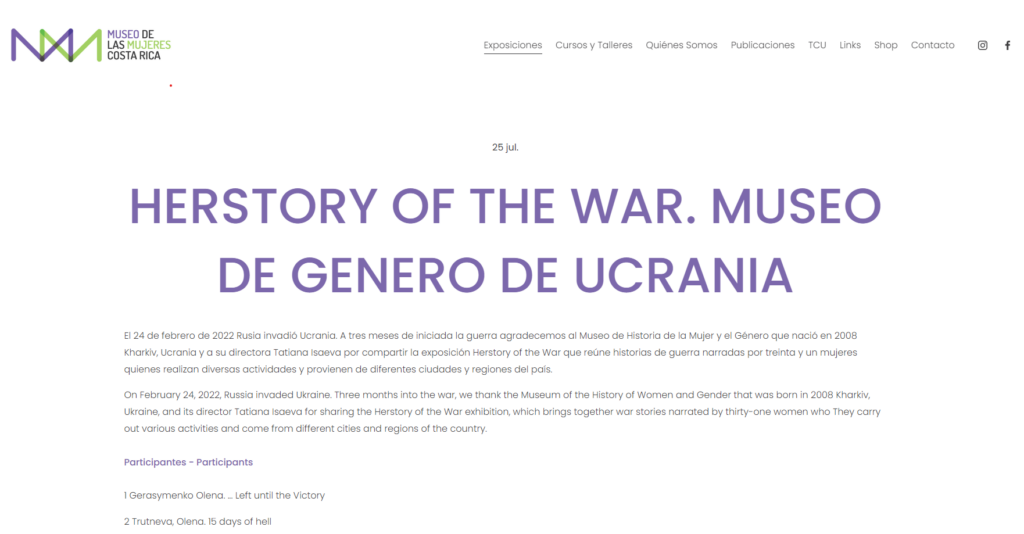 The variant of the exhibition with an introduction in Spanish is on the site of the Women’s Museum of Costa Rica.

END_OF_DOCUMENT_TOKEN_TO_BE_REPLACED

END_OF_DOCUMENT_TOKEN_TO_BE_REPLACED
« Older Entries
Manage cookie consent
In order to provide you with an optimal experience, we use technologies such as cookies to store and/or access device information. If you consent to these technologies, we may process data such as browsing behaviour or unique IDs on this website. If you do not give or withdraw your consent, certain features and functions may be affected.
Manage options Manage services Manage vendors Read more about these purposes
view settings
{title} {title} {title}
Share This