Is it possible for a man to be a feminist?

The Antalya Women Museum’s “Woman of the Year Award” for 2017 was given to Şahika Ercümen with a ceremony on Feb. 1. 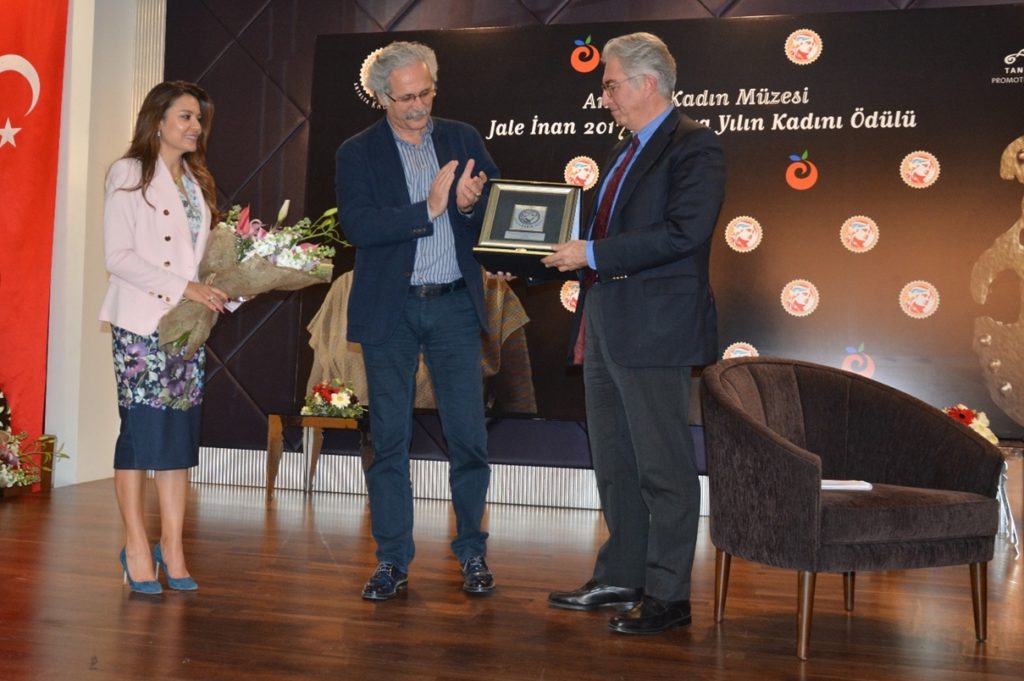 The Antalya Women Museum’s “Woman of the Year Award” for 2017 was given to Şahika Ercümen with a ceremony on Feb. 1. The award from the “virtual museum” (www.antalyawomenmuseum.com) is handed out in the name of Jale İnan, Turkey’s first female archeologist who led the unearthing of the Ancient Hellenistic city of Perge, 15 kilometers east of the Mediterranean resort of Antalya. It is awarded every year on İnan’s birthday to women who have contributed to the culture of the Antalya and its region.

Şahika Ercümen, a 33-year-old record-breaking free diver was given the latest award for promoting the Kaş district of Antalya as one of the top places for diving. Ercümen suffered from serious asthma in her childhood and was encouraged by her family to start diving as a part of her therapy. At the Feb. 1 ceremony she repeated her motto: “I was not born when I took my first breath, but when I held it for the first time.” 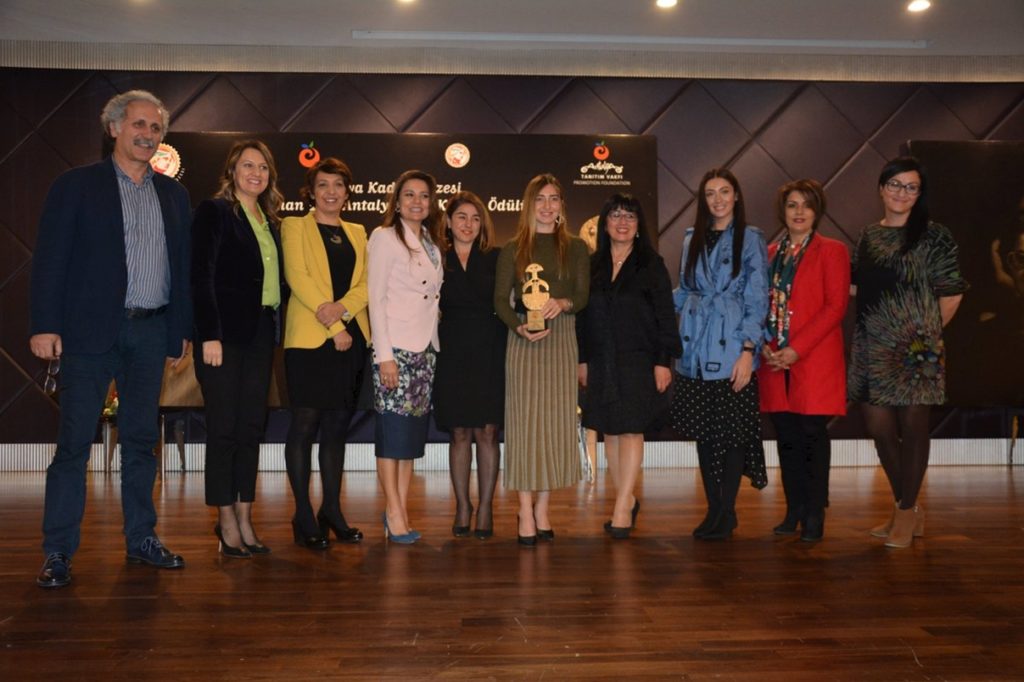 Yeliz Gül Ege, the head of the award committee who also chairs the Foundation for the Promotion of Antalya, asked me to answer a question about a recent article of mine published on Jan. 6: “It’s time for men to speak up for women.” Her question for me was simple: Is it possible for a man to be a feminist?

That question has risen in prominence since Canadian Prime Minister Justin Trudeau announced that he is a feminist. At one-point Ege asked me whether I had ever been harassed by a woman, which I managed to evade by saying that I “knew how to handle such a situation.”

Jokes aside, in response I spoke about the alarming prevalence of domestic violence and abuse in Turkey, as well as the chronic lack of women in decision-making positions.

In the legal system, all 17 members of Turkey’s Constitutional Court are men. The head of the Council of State is a woman but all four of its deputies are men. In the High Court of Appeals, other than the president and deputies 18 out of 19 magistrate offices and 18 out of 20 criminal offices are men. There are nearly 16,000 judges and prosecutors in Turkey, but 66 percent of judges and 91 percent of prosecutors are men. Of course, this is not the only reason, but it is worth noting at this point that Turkey was recently ranked 101st out of the 113 countries in the World Justice Project’s Rule of Law Index.

Of the 11 judges on the Supreme Election Board there is only one woman. In parliament only 82 of the 550 deputies are woman. There is a generally positive trend for women in the Turkish Parliament but at nearly 15 percent Turkey is ranked just 91st in world parliaments regarding gender inequality. Of the country’s 18 parliamentary commissions, only one is headed by a woman MP. Out of 25 ministers, just two are woman. Two ministerial undersecretaries are women and there are no women deputy ministers.

The Foreign Ministry perhaps presents the best picture regarding gender inequality. Out of 239 Turkish ambassadors around the world, 43 are women. But this still only makes 18 percent.

To cut a long story short, in Turkey’s bureaucracy the percentage of women in decision-making and managerial positions is only 11 percent.

The situation in the private sector is only a little better. Only 13 percent of decision-making and managerial positions in Turkey’s private sector are held by women. This puts Turkey 41st in the list of 43 OECD countries, above just Japan and South Korea.

This state of affairs is not only because of the lack of equality of opportunity. It also about the country’s male-dominated culture. This culture is partly regenerated by women of mostly rural origin, who often appear uneducated to their own sons and daughters. If women try to speak up for themselves, this culture often tries to alienate and label them by using the word “feminist,” as if it refers to some kind of alien from outer space.

This is why those men who are in favor of gender equality, rights and freedoms should also speak up for women. We have to look in the mirror more critically, see our own mistakes, and at least try to correct them.

As I replied to Yeliz Gül Ege: “If you think saying this qualifies me as a feminist, you are free to call me one.”

END_OF_DOCUMENT_TOKEN_TO_BE_REPLACED

END_OF_DOCUMENT_TOKEN_TO_BE_REPLACED
« Older Entries
Manage cookie consent
In order to provide you with an optimal experience, we use technologies such as cookies to store and/or access device information. If you consent to these technologies, we may process data such as browsing behaviour or unique IDs on this website. If you do not give or withdraw your consent, certain features and functions may be affected.
Manage options Manage services Manage vendors Read more about these purposes
view settings
{title} {title} {title}
Share This