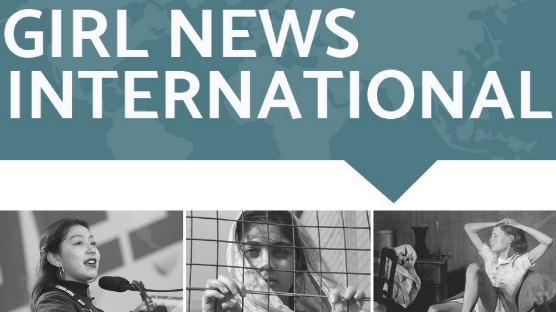 For two years Girl Museum edited Girl News International, a monthly girl-focused e-newspaper featuring stories from all over the world. It showed the world from a girls’ point of view, with articles focused on current events, politics, health, arts and culture, crime, sports, and STEM fields. In November 2019 the last issue of Girl News International was published. Ashley Remer, founder of Girl Museum, told us why:

When did you start Girl News International?

The first issue of Girl News International (GNI) came out in January 2018.

Why did you start it?

It began from a conversation with Kristina Kraemer in Istanbul in October 2017. She was doing her PhD in museums, but had a strong interest in journalism. We had been wanting to do something like a “news” newsletter, but with Kristina’s interest in co-editing it, I was motivated to find a way to make it happen.

So we found the platform called paper.li, which worked for our purposes. It was a news aggregator, but allowed for us to input links to stories we found ourselves. We didn’t want to just put stories out into our community without any comment so we wrote a letter from the editor and a commentary for each of our 60 issues. The Girl Museum facebook page we felt was a place more for celebrating girls and their achievements, so the GNI was more of a place to share the harsh realities of girlhood around the world. We had five news gatherers assigned to cover every region of the world, so they found local sources and submitted them twice a month at first. Then in mid 2019, Kristina had to move on so we reduced our output to once per month.

How many readers did you have?

We had over 370 subscribers at first. And while we got feedback from people that they really liked what we were doing, we only lost subscribers, one or two each month. We know people shared the newspaper and also read it from our social media promotions each issue. But we have no idea about total reads.

You say this is the last issue, because it has taken a psychological toll on our staff. How do you mean that?

We decided to end the paper for many reasons, but it was a culmination of stress that made the final call. The hours spent for each paper reading the horrific stories and looking at the images of girls who had suffered or been the victims of terrible tragedies just became too much. Simialry, many years ago, when we were working on the Girl for Sale exhibtion about human trafficking, I rotated my interns out of working on it becasue it was such a difficlut topic to face every day. Looking at individual issue is one thing, but we were trying to take on everything. For myself, it was making me profoundly sad and I needed a break from it. As well, it was very time consuming and the team also was quite large so trying to find co-editors to manage the project was not easy.

And also the financial side has been a problem. How much did the newspaper cost?

On the financial side of things, our website costs have doubled this year. This is due to more traffic, which is a good thing, but increase traffic doens’t translate into more donations, so we had to make tough calls on our slim budget going forward into 2020. The paper cost us US$100 per year, so for a better funded organization, not much. But for us, it was prohibitive.

You say that you will transition this project into a few news/opinion blogs per month. Could you explain that?

So the transitional project is to focus on a few stories a month and do more analysis and commentary. Starting in January we have a new journalism intern and several of our news gatherers from the GNI project will be writing a few stories per week and they will be published to our blog and pushed out through our usual social media channels. Ideally we want to cultivate girls around the world submitting first hand stories to us, but that is a long term goal.

END_OF_DOCUMENT_TOKEN_TO_BE_REPLACED

END_OF_DOCUMENT_TOKEN_TO_BE_REPLACED
« Older Entries
Manage cookie consent
In order to provide you with an optimal experience, we use technologies such as cookies to store and/or access device information. If you consent to these technologies, we may process data such as browsing behaviour or unique IDs on this website. If you do not give or withdraw your consent, certain features and functions may be affected.
Manage options Manage services Manage vendors Read more about these purposes
view settings
{title} {title} {title}
Share This