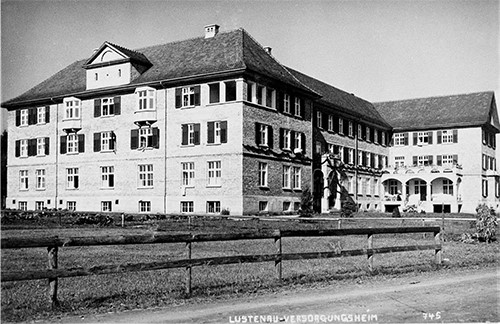 In 1973 Vorarlberg had 27 maternity homes, which have been closed gradually since then. Many women preferred to give birth at a hospital. The number of nuns, previously providing care almost for free, was in decline and the additional staff employed was expensive. Furthermore, the community physician’s liability risk had grown too much to handle. Following decades of debate between the community, federal state and the general public, the doors of the province’s last lying-in home in Lustenau were shut in 2001.

END_OF_DOCUMENT_TOKEN_TO_BE_REPLACED

END_OF_DOCUMENT_TOKEN_TO_BE_REPLACED
« Older Entries
Manage cookie consent
In order to provide you with an optimal experience, we use technologies such as cookies to store and/or access device information. If you consent to these technologies, we may process data such as browsing behaviour or unique IDs on this website. If you do not give or withdraw your consent, certain features and functions may be affected.
Manage options Manage services Manage vendors Read more about these purposes
view settings
{title} {title} {title}
Share This