Four days dedicated to women beings in the Scottish capital 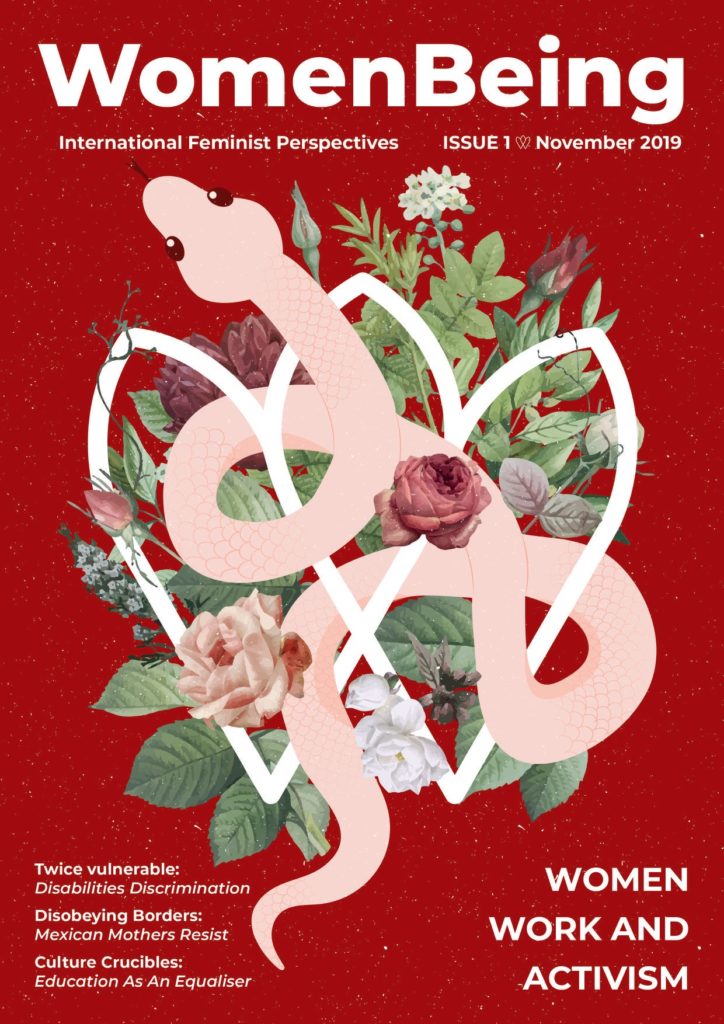 As we know, International Women’s Day (IWD) was once again celebrated on 8 March this year. On this occasion, the WomenBeing collective based in Edinburgh, the capital of Scotland, dedicated four days to its Second International Interdisciplinary Conference on Gender Studies and the Status of Women. The conference took place at Queen Margaret University from 8 – 11 March 2020.

WomenBeing is at the same time a network, a database and an online magazine showcasing global feminist perspectives and research. It brings together feminists from across the globe, provides them with a platform for their ideas and research findings, and with opportunities for networking and exchanges. WomenBeing is active throughout the year (do check out their social media pages, they’re everywhere), but the conferences in 2017 and 2020, are undoubtedly a highlight of its existence.

This year’s conference kicked off with a convivial event in cosy settings, in the afternoon of IWD. It proved an ideal opportunity to relax after the protest march and various forms of activism in the lead up to IWD and on the day itself. Participants first had the chance to listen to a series of brief ‘Women’s Inspirational Talks’, given by a group of women who spoke about topics which couldn’t have been more diverse; it was mentioned that there are more statues of unicorns than of women in Edinburgh, another speaker shared her experience of overcoming trauma through dance, yet another one gave advice on how women can liberate themselves from imposture syndrome. Then, Alejandra Bueno introduced her FEM TOUR TRUCK project, which aims to bring feminist video art to the wider public by screening short films whilst touring the streets in Latin America and Europe with a truck. Simultaneously, visual artist Camila Cavalcante exhibited a part of her exhibition portraying women who had undergone illegal abortions in Brazil. The evening was concluded with a poetry workshop given by Sonali Mohapatra, who encouraged participants to look for and embrace their voices and to bring them to paper, particularly as a means to deal with trauma.

The following conference days proved once more that WomenBeing really is an international and interdisciplinary project. Contributions in the shape of compact presentations came from fields such as political science, business, the natural sciences and technology and philosophy. While the majority of speakers were academics, space was equally given to third sector professionals, journalists, social workers, public servants and policy professionals. And the presented work had been produced in 35 countries. Unsurprisingly, the topics were also vastly diverse, and unfortunately cannot be summarised through anything other than a long list of themes: they ranged from Swedish gender mainstreaming practices, women in business and STEM*, support for women with autism, women in urban development, the gender aspects of teleworking, violence experienced by Aboriginal women in Australia, the status of traveller women, the representation of the Istanbul convention in Croatian media outlets, forgotten working class women in British history, the vanishing of feminist public spaces in London, female characters in video games, honour killings in Pakistan, child women and Oedipal relationships, Brazilian peasant feminism, feminicide in Germany, the satisfaction of lesbian women at the work place, reproductive health of Indian women, female economic empowerment and sexual agency in Bangladesh, and the involvement of Muslim women in Nigerian party politics. A particular mention should go to Rachel Thain-Gray, whose academic work at the University of Glasgow focuses on the question “Who is the ‘woman’ in the Women’s Museum?” 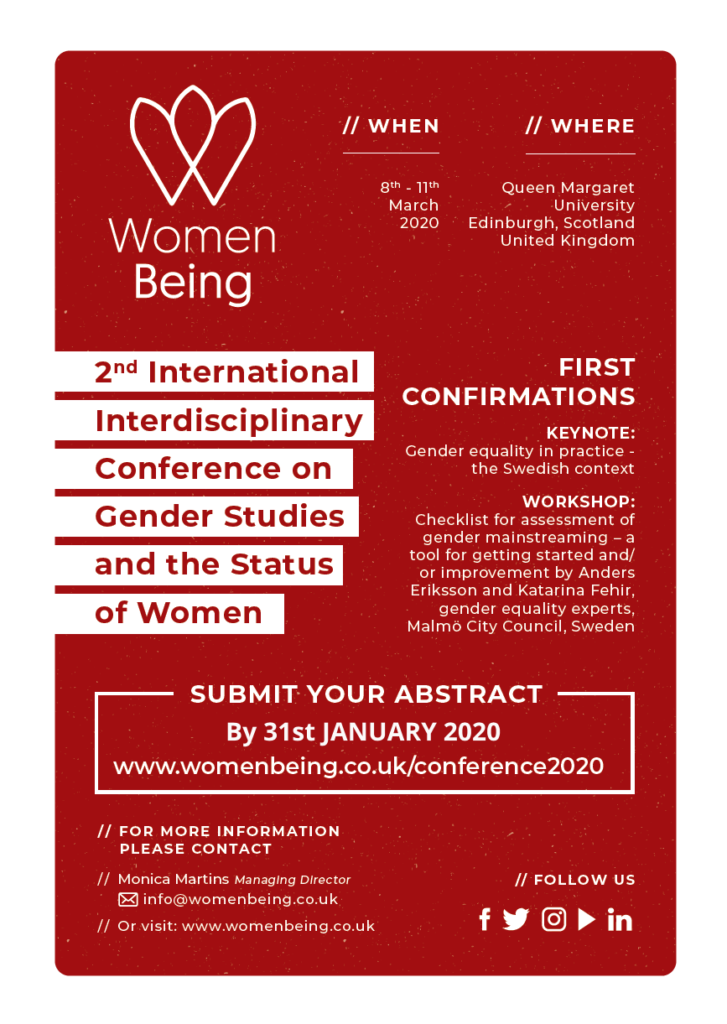 The intense and inspiring programme was topped off by an exhibition at the conference venue, showing portraits of women who faced different kinds and nuances of violence and harassment, curated by a Scottish charity called Zero Tolerance which combats men’s violence against women. On a lighter note, Lina Poka hosted the popular #Iamremarkable workshop, which was designed to encourage women and members of minority groups to promote their skills and qualities in a professional context (the big take away was: “It’s not bragging if it’s based on facts”).

Judging from the course of the conference and the overwhelming positive feedback from participants, it appears, and it shall be hoped, that WomenBeing is here to stay, and that the coming years will only see more of those conferences and outputs. If you’re further interested in the conference specifically, visit the WomenBeing website: https://www.womenbeing.co.uk/conference2020/

END_OF_DOCUMENT_TOKEN_TO_BE_REPLACED

END_OF_DOCUMENT_TOKEN_TO_BE_REPLACED
« Older Entries
Manage cookie consent
In order to provide you with an optimal experience, we use technologies such as cookies to store and/or access device information. If you consent to these technologies, we may process data such as browsing behaviour or unique IDs on this website. If you do not give or withdraw your consent, certain features and functions may be affected.
Manage options Manage services Manage vendors Read more about these purposes
view settings
{title} {title} {title}
Share This