The exhibition project Frida is alive. Long live Frida with the publication “Frida Folk” by Gaby Franger, Curator of the Museum Women’s Cultures Regional – International, is a unique homage to Frida Kahlo through works of traditional and urban folk art in Latin America. 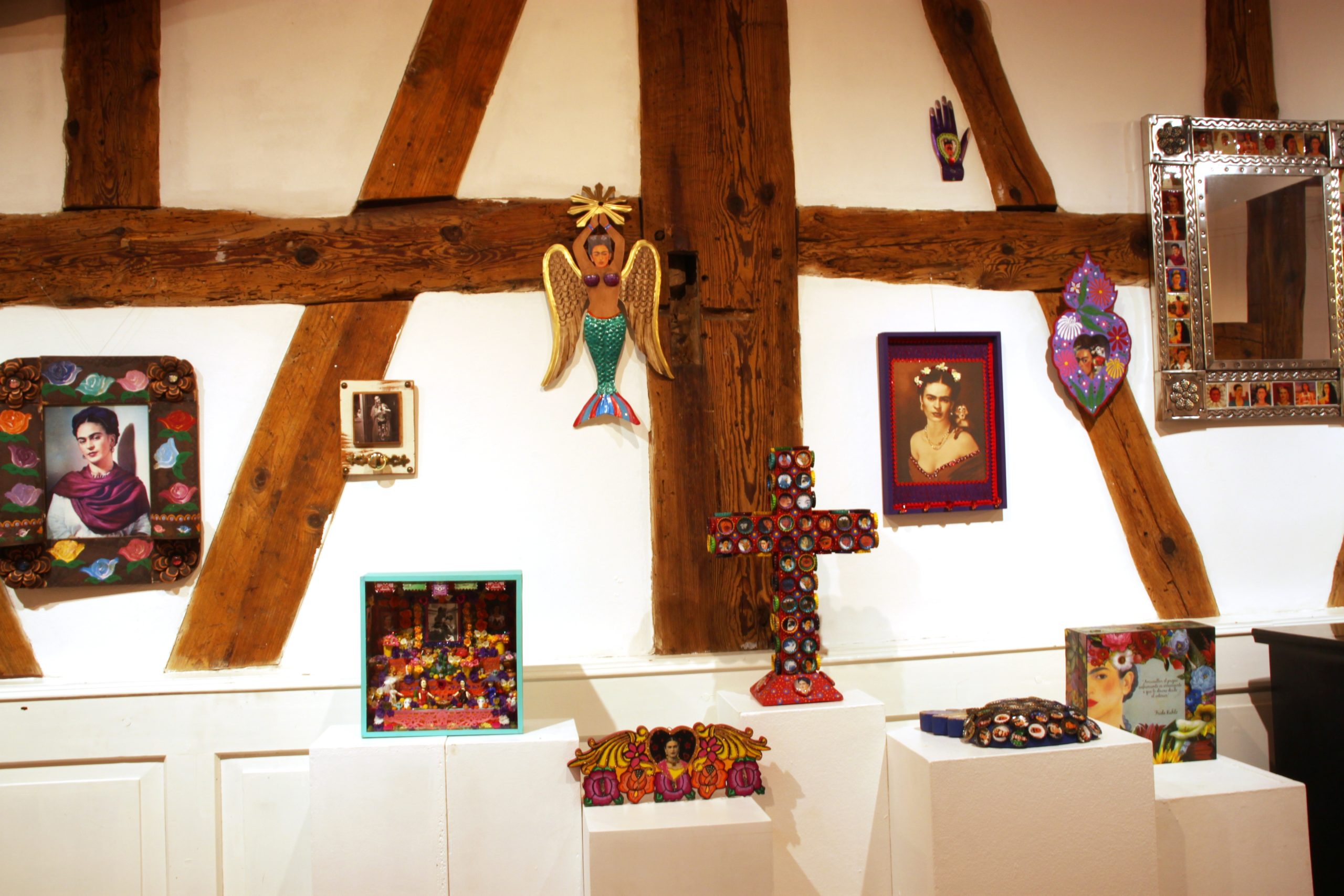 Frida’s life and art are the stuff of legends. She was shaped by the Mexican Revolution, a protagonist of Mexico’s artistic and intellectual avant-garde. Frida’s appearance was both statement and art, she was rebellious and strong.

Her own painting was steeped in Mexican folk art, and the connections have turned out to be curiously reciprocal.

Featuring a staggering variety of Frida objects, images and mementos in every conceivable material, the exhibition and publication trace some of the trails that Frida herself laid – a legacy which allows people to create their own versions of her.

END_OF_DOCUMENT_TOKEN_TO_BE_REPLACED

END_OF_DOCUMENT_TOKEN_TO_BE_REPLACED
« Older Entries
Manage cookie consent
In order to provide you with an optimal experience, we use technologies such as cookies to store and/or access device information. If you consent to these technologies, we may process data such as browsing behaviour or unique IDs on this website. If you do not give or withdraw your consent, certain features and functions may be affected.
Manage options Manage services Manage vendors Read more about these purposes
view settings
{title} {title} {title}
Share This