The Women’s Museum in Berlin Das Verborgene Museum is honouring photographer Inge Morath (born in Austria in 1923) with an exhibition until 26th of August 2018. 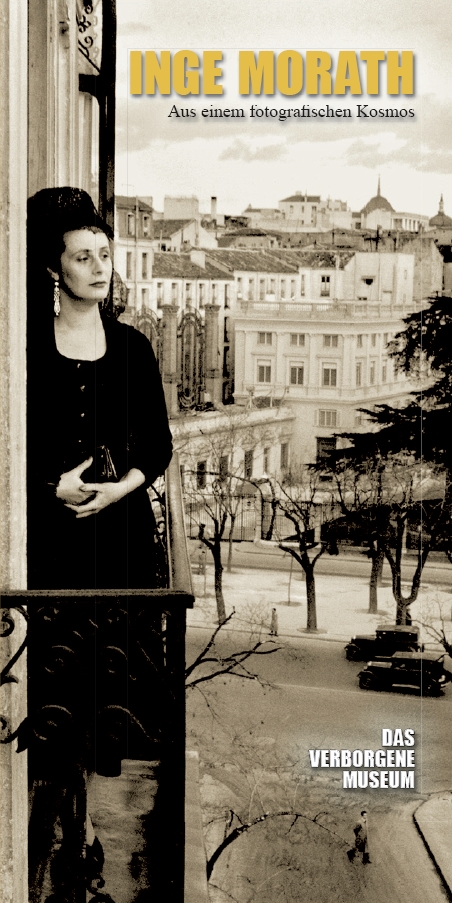 From a photographic cosmos

When Inge Morath met the war photographer Robert Capa at the photo agency Magnum in Paris in July 1949, the life of the 26-year-old Austrian journalist took a new turn. It would still take a few years before Inge Morath felt so at ease with the Leica that she began working for Magnum as a photographer in 1953 and joined as a full member in 1956.

Born in Graz in 1923, the young Inge Morath was accustomed to adapting to new people and languages, as her parents’ work took the family to different parts of Europe. This special gift made it easier for her to pick up languages later when she travelled the world as a photojournalist.

After attending secondary school in Berlin during the early years of the Nazi regime, she was conscripted into “labour service” for the Reich before being accepted to study Romance languages at the city’s Friedrich Wilhelm University. After this she was forced to work at an armaments factory in Tempelhof. Mustering all her courage to fl ee during an air raid, she managed to rejoin her parents in Salzburg.

After the war she was employed in Vienna as an editor for the illustrated magazine “Heute” published by the US Military Administration in Munich. She often worked with the photographer Ernst Haas, and in 1949 they were both discovered by the photo agency Magnum. This was the start of her international career as a travel, portrait and reportage photographer.

Her constant companions were two Leica cameras (one for
black and white and one for colour), a viewfi nder and a selection of lenses. She spent several weeks in Madrid documenting the private and professional life of the lawyer Mercedes Formica, who campaigned successfully for women’s rights under the Franco regime. And she made it an iron rule to
record her experiences in detailed written notes.
A later commission took Morath to London. Alongside views of the city, she took portraits, not least of the wealthy Mrs Eveleigh Nash, who devoted herself to preparing debutantes
for their presentation at Court.

On her first assignment as a stills photographer, Inge Morath drove across the United States with Henry Cartier-Bresson to Reno, Nevada for the shoot of the fi lm “The Misfi ts” based on
the book by Arthur Miller, starring Marilyn Monroe, the most famous actress of the day. The following year she met Miller again, and the year after that they were married. Their journeys – several times to the Soviet Union, to China and Cambodia – often resulted in joint publications. This was the age of illustrated travel books, and there was a demand for  distant landscapes and unfamiliar faces. Inge Morath documents everyday life, a silent observer who depicts foreign cultures, people and places with “considerate kindness” (Arthur Miller).

Das Verborgene Museum is also displaying pictures of Inge Morath’s studio in Roxbury (USA) by the Austrian photographer Kurt Kaindl. These insights into her personal world are
shown alongside her portraits of artists and travel impressions from countries including Italy, China, Russia, Iran and Spain.

Invitation to the exhibition IngeMorath

END_OF_DOCUMENT_TOKEN_TO_BE_REPLACED

END_OF_DOCUMENT_TOKEN_TO_BE_REPLACED
« Older Entries
Manage cookie consent
In order to provide you with an optimal experience, we use technologies such as cookies to store and/or access device information. If you consent to these technologies, we may process data such as browsing behaviour or unique IDs on this website. If you do not give or withdraw your consent, certain features and functions may be affected.
Manage options Manage services Manage vendors Read more about these purposes
view settings
{title} {title} {title}
Share This