This exhibition is embedded in the EU project Birth Cultures in which other women’s museums and initiatives of IAWM are involved. It will therefore also travel to the Ukraine, Barcelona and Merano (Italy).

The exhibition opening also coincided with the 20th anniversary of the foundation of the Frauenmuseum Hittisau. 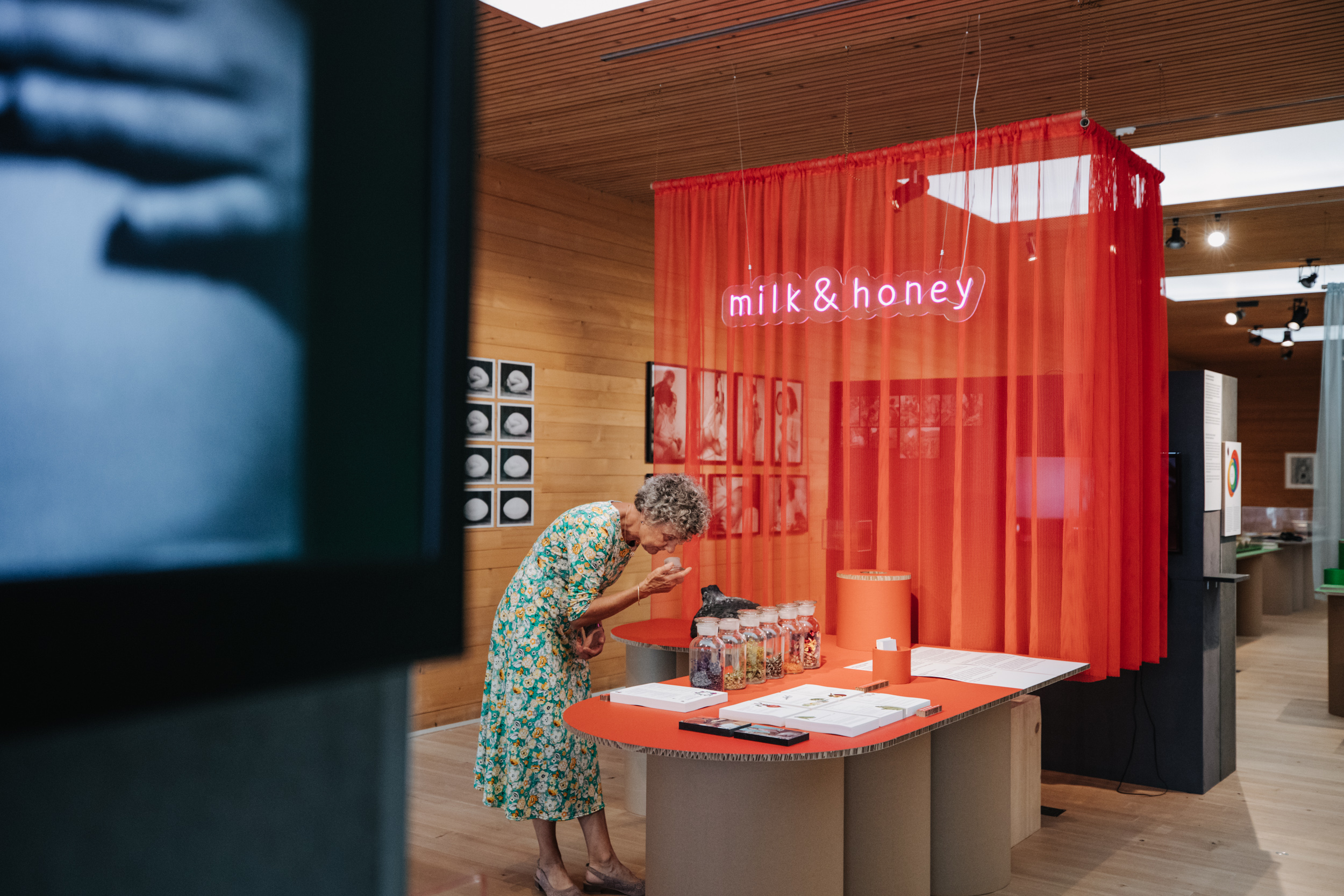 For twenty years, the Women’s Museum has been demonstrating that even a small house in a rural area can have relevance beyond its region. It is the tension between interesting topics and a team of committed cultural mediators that makes the Frauenmuseum so unique.

Since its foundation in 2000, on the initiative of Elisabeth Stöckler, the Frauenmuseum in Hittisau is the first and only women’s museum in Austria. Up to now, more than 30 exhibitions on topics relevant to women have been shown.

Elisabeth Stöckler has already contacted other women’s museums, above all the Women’s Museum in Meran, where there has been a lively exchange of exhibitions. 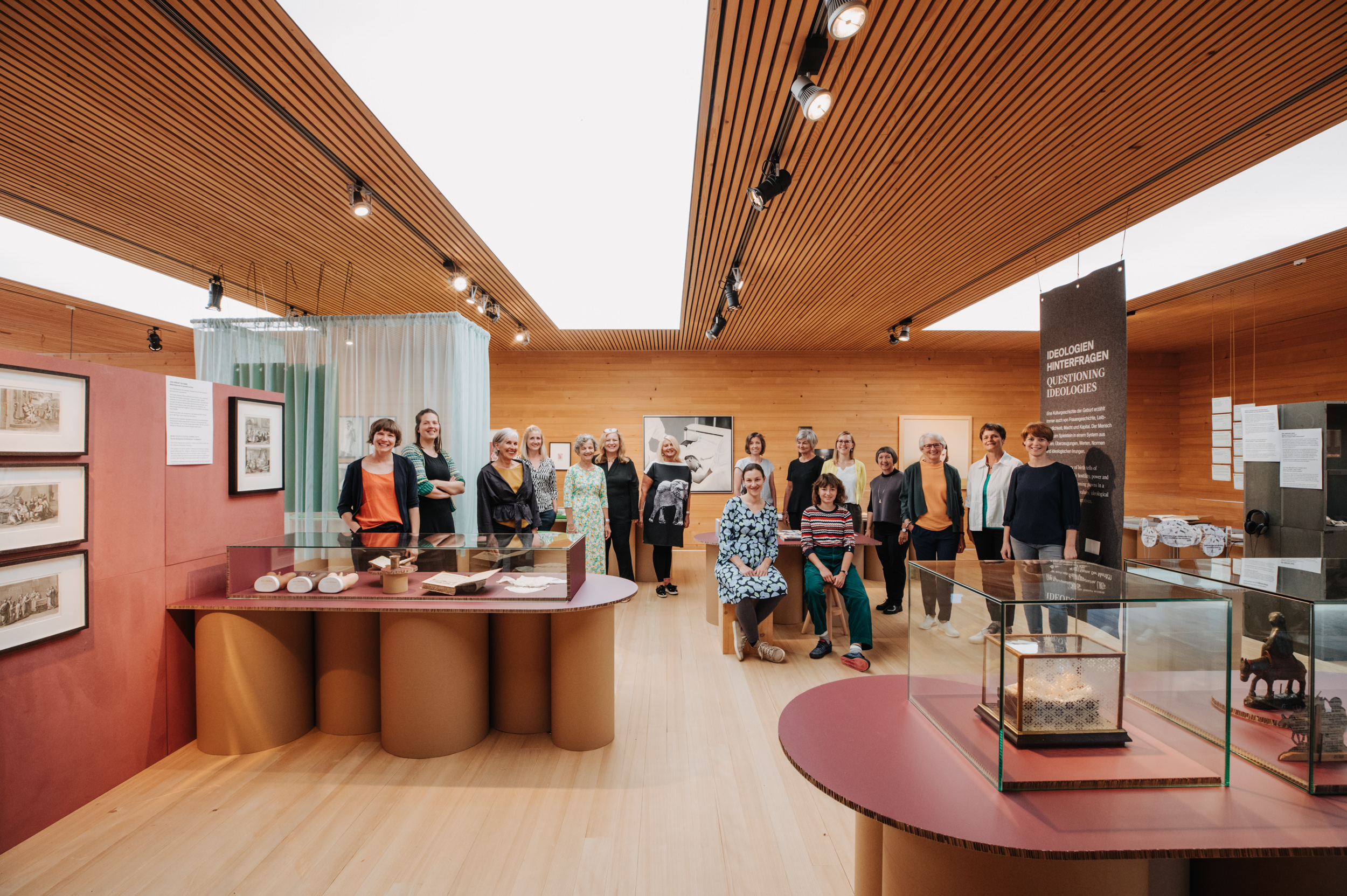 What happens during a birth? Which rituals are there all over the world and how did our ancestors deal with it? These and other questions concerning pregnancy, birth and becoming a parent are addressed by the Frauenmuseum Hittisau.

The topic is complex and affects us all. After all, we were all born,

says Stefania Pitscheider Soraperra, director of the museum. The exhibition was made possible by a partnership with the IG Geburtskultur a-z. The IG Geburtskultur is committed to a holistic and health-promoting birth culture in Vorarlberg with various activities.

The exhibition ranges from historical developments to current debates on reproductive technologies and modern art positions.

Art, because it has the ability to look behind things. It condenses, dissects, brings in new and unusual perspectives,

Nearby the museum, the “Room for Birth and Senses” was created, which was financed by a crowdfunding campaign. The shingled clay body represents the prototype of a new type of birthing room and is based on a concept by architect Anka Dür:

With this room we are taking a look into the future of the culture of birth. It serves as an intermediate stage on the way to the great vision: to a modern birthing house, connected to a hospital.

It was realized in a team around Anna Heringer, Martin Rauch and Sabrina Summer.

The designer and interior designer Sabrina Summer is responsible for the design of the exhibition:

It was very important to us that all the senses are addressed at each ward.

The multimedia exhibition is suitable for all age groups.

Those interested can also visit the homepage of the EU project for further information.

END_OF_DOCUMENT_TOKEN_TO_BE_REPLACED

END_OF_DOCUMENT_TOKEN_TO_BE_REPLACED
« Older Entries
Manage cookie consent
In order to provide you with an optimal experience, we use technologies such as cookies to store and/or access device information. If you consent to these technologies, we may process data such as browsing behaviour or unique IDs on this website. If you do not give or withdraw your consent, certain features and functions may be affected.
Manage options Manage services Manage vendors Read more about these purposes
view settings
{title} {title} {title}
Share This