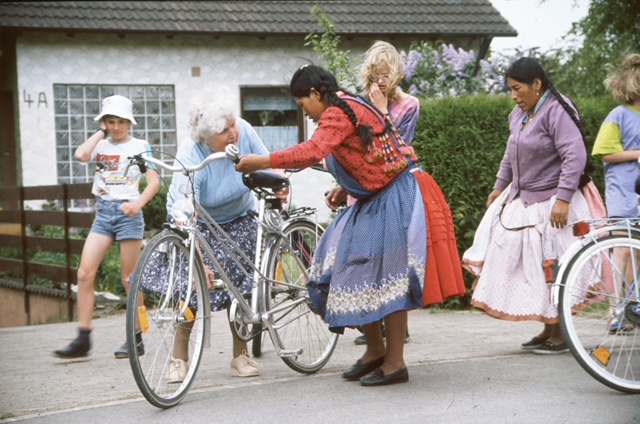 The women’s museum in Fürth is the only one of its kind in Bavaria. Here, stories of women are told that would otherwise go unnoticed. The museum building is in need of renovation and is to be sold by the city to a private investor. The women’s museum will have to move out by next year at the latest. The search for a new home is in full swing. In Sunday’s broadcast, the association and the women behind it will be introduced (Language: German).

“Fürth without Women’s Museum? Unthinkable!”: Whether in English, German or Spanish – colorful posters are drawing attention everywhere in Fürth. Many pedestrians may learn for the first time that there is a women’s museum in their city – and that it has to close soon.

But it will not die. Too strong, excellent and well-connected are the women who run the museum since 2003. For behind the exhibition venue is a female think tank, the “Women in One World” association. For over 30 years, it has been dedicated to feminist foreign policy, international encounters and women’s everyday lives. This includes meetings of Peruvian and Franconian women farmers as well as symposia of women peace activists and scientists. Kerstin Möller introduces the association, its initiators and projects.

END_OF_DOCUMENT_TOKEN_TO_BE_REPLACED

END_OF_DOCUMENT_TOKEN_TO_BE_REPLACED
« Older Entries
Next Entries »
Manage cookie consent
In order to provide you with an optimal experience, we use technologies such as cookies to store and/or access device information. If you consent to these technologies, we may process data such as browsing behaviour or unique IDs on this website. If you do not give or withdraw your consent, certain features and functions may be affected.
Manage options Manage services Manage vendors Read more about these purposes
view settings
{title} {title} {title}
Share This